This one is so basic, yet everyone gets it wrong at some point.  If you do get it wrong, make sure it’s not a crucial moment because you won’t live it down easily.  It’s really simple, when the AD calls ‘quiet on set!’ it doesn’t mean keep your voice down, whisper quietly, but basically continue your conversation.  Watch closely and you’ll see the sound dept inwardly screaming ‘For the love of God, NO!’. 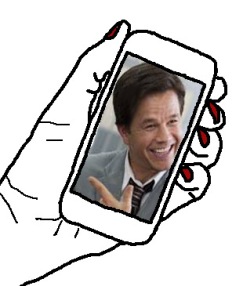 DO make sure your phone is silent. DON’T let Marky Mark accidently ruin your take

When the cast are rehearsing, getting direction, talking through the scene, etc. DON’T be chatting on about last night’s telly, or the latest instalment of that super-hero franchise you just can’t wait to see.  Nobody cares, they just want you to shut up.  ‘Quiet on set please!’ means ‘Everybody silent, NOW!  Or else!’ DO respect that.

I’ve been in the situation before on set where they have called for quiet, and another crew member has continued their conversation with me.  I have blatantly ignored them until they have called ‘cut!’  I have also had to go and ask gangs of production assistants to shut up because they weren’t aware that walking 10 metres away from set wasn’t far enough to deaden their noise.

If you want to get it very badly wrong, then DO exactly what I did on a film earlier this year.  Thinking I was being discreet, I was playing a game on my phone to pass the time, whilst a poignant scene was being filmed.  There was very little action in the scene being filmed in the next room (door open inbetween) so I knew no touch ups would be required, hence the phone game.  I don’t quite understand what happened next, but suddenly Marky Mark Wahlberg was loudly introducing himself and chatting to me from my phone.  Obviously it was just an advert but the loud American accent didn’t quite fit the tone of the scene.  I badly messed up that time – had to buy the sound dept a packet of custard creams to say sorry.

DO carry biscuits with you at all times on a film set. 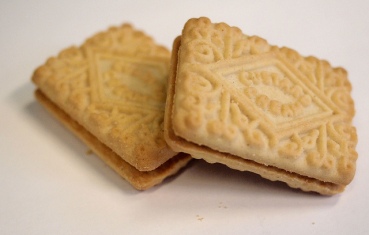 This entry was posted in Top Tips and tagged Film, Setiquette. Bookmark the permalink.