How To Fix A Broken Compact 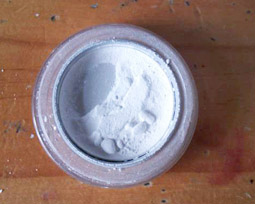 The broken eyeshadow. Oh the pain!

We’ve all done it.  And we’ve probably all silently sworn to ourselves when it’s happened.  It’s that horrible moment when you drop your favourite powder or eyeshadow and look down to find it’s smashed on the floor.  Even though loose powder can be used just as effectively as pressed powder, it doesn’t seem to last as long and is very messy to carry around.

Well, fret no more.  A few weeks ago I was moaning to a friend about this (I had three half smashed powders in my kit) and she told me a way to re-compact a compact.  Here’s how it goes: 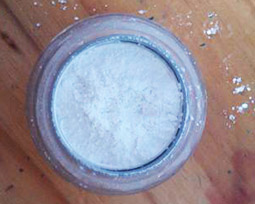 Step One: smash it to pieces.

Step One – Smash it to smithereens.  I was a bit unsure whether or not this process would work and as such, was reluctant to completely smash any expensive MAC powder.  For this reason, my first attempt has been with a cheap eyeshadow.  I used the end of my make up spatula to do this, but it could be done with the end of a make up brush instead. 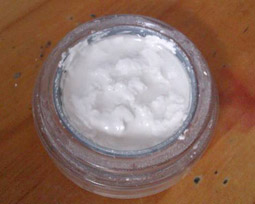 Step Two – Mix with surgical spirit.  Initially I just used a few drops and then smoothed it over and used a flat bottomed nail varnish to ensure it dries flat.  I wouldn’t recommend this at all because when I removed the nail varnish it just took half the eyeshadow with it leaving me back at square one.  Instead, on my second attempt I drowned the eyeshadow in surgical spirit and left it, with the lid on, on a flat surface until it dried.  Admittedly this took a few weeks to dry out. 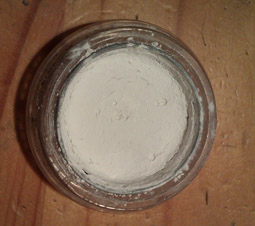 Step Three – Voila!  One smashed compact re-compacted.  I’ve since used this eyeshadow successfully.  Okay, so it smells a bit sterile, but it saves an awful lot of waste.  I think next time I may try mixing a couple of colours together to create my own unique colour. Watch this space…

This entry was posted in Top Tips and tagged Eyeshadow. Bookmark the permalink.